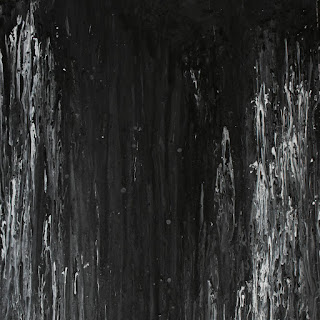 In my early years as a metal fan I was lucky enough to bare witness to the rise of the modern tech-death genre, which saw a prominent ascent in the mid-late 00s thanks to two converging scenes. Firstly there was the djent scene, spear-headed by online communities and lead by figures such as Misha Mansoor and Acle Kahney. Not only did it develop the sounds of Meshuggah, Mnemic and Sikth into a distinctive sub-genre but it also progressed the technical side of bedroom recordings. Previously reserved for raw black metal and goregrind, the bedroom recording studio quickly gained the ability to properly convey the detailed sounds of tech-death, and the djent pioneers embraced this technology in an unashamedly geeky way.

On the other side was the deathcore and metalcore scenes, which had just as big an impact on tech-death although for very different reasons. While djent brought an acceptance of geek culture into death metal, deathcore brought in those who leaned more toward the modern punk aesthetics of 2000s metalcore. Many of the bands that reached tech-death prominence such as Textures, Veil Of Maya, Born Of Osiris, The Faceless and After The Burial were heavily associated with deathcore in their beginnings. Gradually these two scenes became more aligned, and it lead to an explosion in tech-death's prevalence around the turn of the decade.

Fast forward ten years and tech-death might not be as prominent in popularity, but it still has a tireless inventive streak with a whole wealth of artists continuing to push the genre forward. Two of these artists, MOSTRO and Lindsay O have come together for a fabulous collaboration designed to continue breaking boundaries in tech-death. 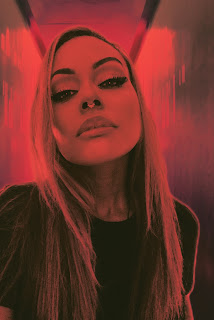 Lindsay O is a vocalist and composer whose work in death metal has included fronting the highly lauded experimental tech-death band Coma Cluster Void and the brutal death metal band Eyes Of Perdition. Alongside this she has been a part of the industrial band Catenation and produces dark electronica with her solo project NATALIA; all of which is a clear indication not to expect anything stale and one-dimensional. MOSTRO is the solo project of Argentinian musician Lucas Wyssbrod, whose music I wasn't previously familiar with, but whose combination of instrumental tech-death and futuristic melodic structures has filled me with intrigue.

The track they have produced together, XAHPOC, is a sprawling eight minute long epic that never sits still, always pushing and pulling it's different elements with a restless energy and febrile tension. There's constant twists and turns throughout, and while the track begins in familiar tech-death territory with lashes of atonal guitar riffs whipping over a flurry of polyrhythmic drums and guttural vocals, things quickly take a sharp turn.

We're soon introduced to some melodic atmospheres, unique spoken word pieces and ambient clean vocals; followed by some skronky mathcore licks and djenty riffs; and lastly some disturbing melodic passages that are overlaid brilliantly with brutally harsh vocals. The vocal combinations in particular offer something unique and impactful, with the spoken word pieces crafting an emotional aspect to an otherwise harsh and inhuman soundtrack. All of these elements are spun together multiple times in various combinations, on each occasion weaving themselves further into a uneven web of progressive heaviness.

With all that has occurred in the genre so far it's not easy to pull off tech-death that remains challenging and unconventional, but XAHPOC does it in spades. It's hard to anticipate anything in this track, the dissonance and ingenuity constantly keeps you on your toes and the tangential compositional style manages to both clarify and confound. Lindsay O and MOSTRO have created something truly fascinating and addictive that has offered me a not only a vision of tech-death's past but also it's future.

Check out XAHPOC by MOSTRO and Lindsay O on BANDCAMP