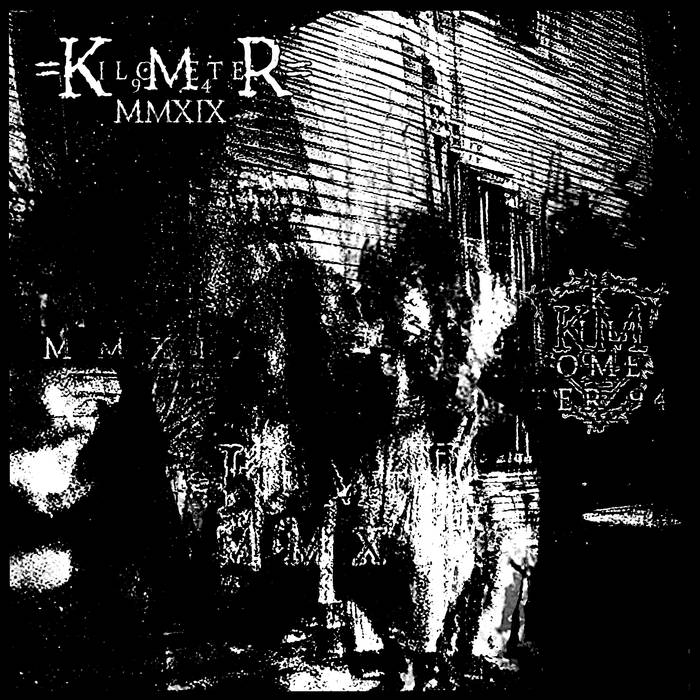 On Kilometer 94's website, they describe their sound as 'krach'. It's a German word which can translate to any of the following in English: noise, din, racket, quarrel, fight... you get the picture. It's a pretty accurate way to describe this band's music in a single word. I would also add to the list: harsh, chaotic, discordant, ominous, and disturbing. Kilometer 94 don't mess around, this is some audaciously heavy sludge that takes absolutely no prisoners with it's sonic obliteration.

There are two tracks on this album; the first of which 'The Putrid Stench Of Idle Souls' is 16 minutes of absolute nastiness. The band don't even bring vocals in for the first few minutes, opting instead to offset the almost unfathomably low riffs with the some distressing samples of shrieks and wails, just in case the cacophony of atonal guitars and piercing beats wasn't quite dark enough for you. The band add plenty of variation in the riffs throughout the track though, and there are subtle shifts in tonality that emphasise different spaces in the sound. By the end the track appears to take a slight melancholic tone with the melody, and the vocals have turned from a sinister growl into an unsettling scream. It's devastatingly heavy and remarkably engaging for a track of this length.

The second track 'To Bring Down The Leviathan' is even longer, clocking in at a whopping 18 ½ minutes. It begins with a gritty melody that sounds almost synthesised, and reminds me distinctly of Crystal Castle's black metal influenced electronica. The track fluctuates from gnarly and effects-heavy guitar/synth leads to chugging sludge riffs, and from trudging funeral doom to brutally dissonant death/doom grooves. The vocals pop in every now and again to emphasise sections of the track, and they have a very organic gut-wrenching tone. It's not quite as engaging as the first track, but the band do experiment more with abstract drone sounds in the final leg of the song, giving the closing moments of the record a cacophonous vibe that perfectly ends this half hour of aural castigation.

This is legitimately one of the heaviest records I've heard in a while, it's gloriously harsh and almost overwhelmingly barbaric. If you like Primitive Man but think they've sold out on their new record by having track lengths only in single digits, then this album will be right up your street! There is an experimental streak to the band's sound too which gives me much hope that this isn't just a one off, and that Kilometer 94 will continue to make increasingly amazing albums for a long time to come.

Listen to Kilometer 94 on Bandcamp