It's been a little while since the last edition of New Spins, but before we head into December here are three of the best new things I've been checking out recently. Also it's Bandcamp Friday again this coming Friday, so take advantage of this day to support bands and artists however you can. 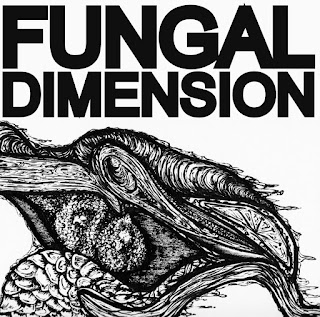 A side project that came about through lockdown boredom (a very familiar story this year!) from the drummer of the rather splendid Earthbong, this is 80+ minutes of experimental ambient droning noise. it's split into two tracks which, much like his main band, evolve at a snails pace but still manage to keep an intensity and intrigue for the listener. Both tracks have their own character and flavour: Tides Of Mycellium has a very sparse and spatial feel to it, while Ancient Hallucinations is a more psychedelic droning track with some wonderful trippy percussive effects throughout. Having spent much of last week listening to Clawing's spectacular new double album for my review for Cave Dweller Music, I wasn't sure another album in this style would do much for me, but Fungal Dimension has been a great atmospheric record to listen to while writing, and is definitely worth checking out for anyone who wants to space out and head to the land of mushrooms.

Listen and buy it on Bandcamp here 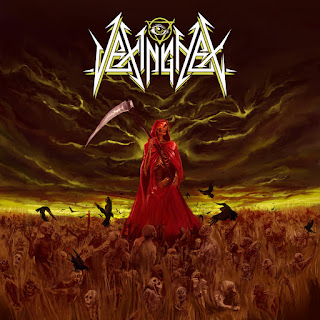 Having recently reviewed their 2018 debut album Haunt for it's physical release this year, I was glad to see Vexing Hex have returned with a new track this month in the form of Red Harvest. Haunt was a cracking take on the occult metal sound which showed loads of potential, and they've carried that on with Red Harvest. It's definitely not a massive departure from Haunt, but that's not a bad thing at all. That record was full of hooks and the chorus in Red Harvest is just as catchy as anything on their debut. Using country-tinged instrumentation wasn't something I ever imagined being done in this genre, but it really works and doesn't feel at all gimmicky. Much like Haunt the track does borrow a lot from the early Ghost albums, but there is definitely something a bit special about Vexing Hex, and I really hope Red Harvest is a sign for things to come from them in the near future.

Listen and buy it on Bandcamp here

Hatebreed - Weight Of The False Self 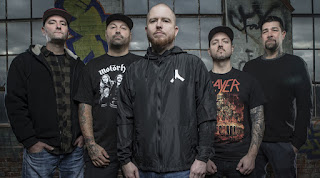 I wouldn't normally talk about a band as well known as Hatebreed on here, but I have to be honest and say I've been spinning this record a lot this weekend. It's the perfect antidote to all the abstract drone and noise music that has been pulsating through my headphones recently, and as much as I always want to be looking for new and exciting advances in genres, sometimes you just need something familiar sounding for a release. Hatebreed might not be one for progressing hardcore in a musical sense, but for a band as influential and iconic as them to still be putting out genuinely passionate records is quite something. It would be very easy for them to just phone it in every couple of years for a new album, and while Weight Of The False Self barely ever strays away from their formula of beatdown riffs, brutal breakdowns and motivational lyrics, the band still exude heaps of energy in every moment of this album, and their love for hardcore is clearly still as strong as ever.

Also the breakdown on This I Earned is absolutely top shelf! The album is worth it just for that.

Listen and buy it here